Charles Mason is an assistant director of undergraduate admission at LMU, and has worked at the University since 1990. Mason initiated the Black Family BBQ, an annual LMU event held over the past ten years that has been an important part in retaining and recruiting students who selfidentify as Black/African-American. Over the years, the Black Family BBQ has contributed to LMU’s standing as a university with one of the largest percentage of African-American student populations in Southern California. In 1994, Mason received the Joseph P. Allen Award from the Western Association for College Admission Counseling, presented to an individual who has encouraged and supported traditionally underrepresented students in the transition from high school to college. In 2004, he received the Living History Makers for Education Award from the TPC Foundation and Turning Point Magazine, recognizing “California’s most dedicated individuals who have worked tirelessly to uplift the California African-American community in the areas of advocacy, arts and entertainment, education, and science and technology.” Mason has also received many awards from student groups at LMU. He earned his Political Science and African American Studies degrees at Cal State L.A. in 1980. 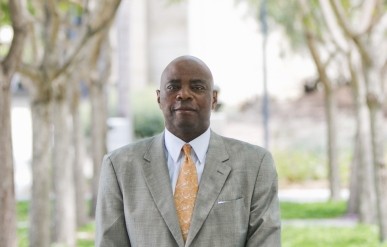