Thuy Thi Nguyen (Thúy Thị Nguyễn) was the founding Board Chair of California LAW Pathways.  In 2016, for her leadership in creating the community college pathway to law school initiative, Nguyen received the coveted Diversity Award from the State Bar of California – an award given to an individual who has helped diversify the legal profession.

In July 2016, Nguyen became the first Vietnamese American college president in the country when she was appointed President of Foothill College – a position she served for over five years.  Prior to Foothill, Nguyen served as interim general counsel for the California Community College’s Chancellor’s Office.  For over eleven years, Nguyen was the General Counsel for the Peralta Community College District.  At different points during her tenure at Peralta, she served in additional roles as Acting Vice Chancellor for Human Resources and District-wide Strategic Planning Manager.  From January to June 2015, Nguyen took temporary leave from Peralta CCD to serve as Interim President and Chief Executive Officer of the Community College League of California.  Nguyen was an adjunct instructor teaching education law for several years at what is now California State University, East Bay.

When she was 3, Nguyen and her family joined the wave of “boat people” who fled Vietnam after the end of the war.  They drifted in the Pacific Ocean on a boat for more than 20 days before a commercial ship rescued them and took them to a refugee camp in Japan.  Eventually, the family relocated to Wichita, Kansas, and then moved to the warmer climate of New Orleans.

When she was 14, the family settled in the Oakland where she attended Castlemont High School, a predominately African American and Latinx-populated school.  Nguyen served as a student representative on the Oakland Unified School District’s Board of Directors and cadet colonel Oakland brigade commander in the Army Junior Reserve Officer Training Corps.  Upon graduation, the mayor of Oakland declared June 23, 1993 “Thuy Thi Nguyen Day.”  Nguyen is the founding president of the Castlemont High School Alumni Association and has been inducted into the school’s Alumni Hall of Fame.

In 2002, Nguyen was listed among “30 Most Influential Asian Americans Under 30” nationally by Rainmaker Political Group (politicalcircus.com).  In 2007, she was named one of eighteen “Best Lawyers Under 40” in the country by the National Asian American Bar Association. In 2011, the Vietnamese American Bar Association of Northern California honored her its Trailblazer Award, and in 2012, the Minority Bar Coalition presented her with its Unity Award.  The National Conference for Vietnamese American Attorneys presented her with its 2017 Trailblazer Award.

On July 4, 2017, Nguyen was honored as part of the Carnegie Corporation’s “Great Immigrants” tribute in the New York Times.  The tribute is aimed at recognizing naturalized citizens who have helped advance society, culture, and the economy.

In 2019, Nguyen was named “100 Women of Influence” by Silicon Valley Business Journal and awarded Assembly Member Evan Low’s “Leadership in Public Service” award.  Also in 2019, she was named one of the top 15 community college presidents in the country to follow on Twitter.  The Asian Law Alliance awarded Nguyen with its Community Impact Award in 2020.

Nguyen is also the founding board member of Cal MEDICINE, a sister statewide initiative to diversify the medical profession in California.  She currently serves on the board of Silicon Valley Education Foundation and Museum of Children’s Art (MOCHA) in Oakland, and recently served on the board of the American Council on Education.  Nguyen earned her B.A. in Philosophy from Yale University and J.D. from the University of California, Los Angeles School of Law, where she was a member of the inaugural class of the Public Interest Law and Policy Program.  Nguyen is a Paul and Daisy Soros for New Americans Fellow. 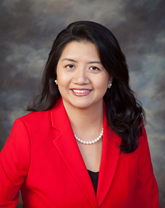